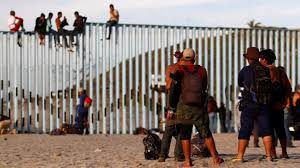 Uncertainties of a possible U.S.-Mexican border shutdown connected with the migrant caravan is keeping the customers missing from Tijuana businesses, as per the merchants, tour guides and even dentists who cater to Americans.

“It’s been kind of slow,” Giancarlo Marshall, who co-owns Nativo Coffee in Tijuana, told Fox News. “Around town, everybody was really nervous and didn’t know what was going to happen.”

One of Nativo Coffee’s two locations is few steps away from the San Ysidro boundary crossing. Much of its business pours in from those who travel between San Diego and Tijuana. Also, Marshall, who has experienced a delay with his rentals enlisted on Airbnb, informed the customers of Nativo who are majorly concerned with getting stuck on one side or the other.

“They’re kind of scared,” Marshall said. “We’re people that commute a lot to the U.S., and back and forth.”

On 25th November, 25, U.S. Customs and Border Protection provisionally suspended northbound and southbound crossings after agents used tear gas when migrants tried to break the fence and enter the U.S. unlawfully. But even before the incident, President Donald Trump pointed to closures is a possibility.

“If we find it gets to a level where we are going to lose control or where people are going to start getting hurt, we will close entry into the country for a period of time until we get it under control,” he told the press at his Mar-a-Lago resort on November 22.

“They still think that it’s a little bit uncertain,” Marshall said. “They don’t want to take the risk of coming over and getting stuck.”