Tokyo is all set to manage tourism boom with accessible cab 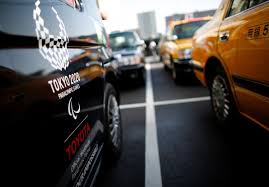 The taxi industry of Tokyo’s is recently going through some major changes as Japan, by now dealing with extraordinary tourism, gears up to organize two major sporting events in the coming 26 months.

Over 28 million tourists in last year visited Japan and the government has developed a target plan of 40 million foreign visitors by 2020, imposing more pressure on the already stressed transport system of Tokyo.

The world’s largest car manufacturer, Toyota considers it has at least part of the answer to this issue

Anyone who has hired a cab in Tokyo is most probably to have relished a ride in one of the iconic Comfort sedans of the company, which cover over 70 percent of taxi fleet of Tokyo.
The car, which is known for an automatic opening door, has been in production for 22 years. However, in October 2017, Toyota introduced a new model, the ‘JPN Taxi’.

Acceptance of the ‘JPN Taxi’, which has a liquid petroleum gas hybrid engine targeted at lowering carbon emissions, has been steady but Toyota say 10 percent of all the taxi drivers in Tokyo have made the switch.

“The very reason why we selected the universal design concept is because Japan is a super-aging society, at a level we do not see in other countries in the world,” chief engineer Hiroshi Kayukawa told Reuters at Toyota’s head office in Aichi Prefecture.

“We are seeing the cities becoming more and more barrier-free, but we also think public transportation should do more in this direction. That was the whole idea around this concept.”