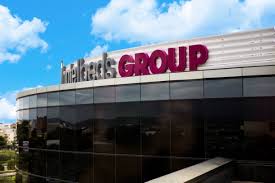 Hotelbeds revealed the most booked destinations worldwide for Americans for March Spring Break 2019.  The Hotelbeds booking platform is used by travel buying intermediaries such as travel agents, tour operators and points redemption schemes. As per Hotelbeds data, the most visited destinations in the descending order are Orlando, Las Vegas, New York, Rome, Paris, Barcelona, London, Miami, New Orleans, and Cancun.

As per the rankings at an international level, the top five destinations for Americans during March is Rome, Paris, Barcelona, London, and Cancun. Los Angeles at the eleventh position remains a very popular destination among American travellers.

As per Hotelbeds data, the biggest source markets for travellers visiting the United States during this March Spring Break period are Great Britain, Spain, Germany, Brazil, and Canada – all in descending order.

According to the Hotelbeds booking platform data, Chinese travellers account for almost 3 per cent of all bookings made into the United States.  During this Spring Break 2019 period, the company registered an increase of nearly 40 per cent of Chinese outbound bookings into Orlando, the most visited destination for March Spring Breakers this year.

As per Sam Turner, Wholesale Sales & Sourcing Director at Hotelbeds, there is 40 per cent increase in bookings for Orlando from Chinese tourists.

He says: “By matching our extensive network of travel buying clients based in China with our competitive inventory of China-ready hotel accommodations in the US, our dedicated sourcing and sales teams have been able to capture almost 3% of all incoming Chinese hotel bookings in the United States and we expect this to increase further.”