Tourism activity grows over 4% in July 2019 in Brazil 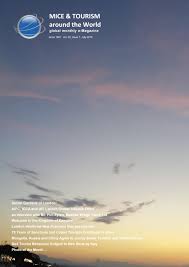 Research released by the Brazilian Institute of Geography and Statistics (IBGE), this Thursday (Sept 12), points out that tourism continues to grow in Brazil.

Data from the PMS ( Monthly Survey of Services) show that, in July 2019, the index of volume of tourist activities in the country grew 4.4%, compared to the same month last year. This increase was mainly driven by higher revenues from hotels, restaurants and car rental companies.

Already between January and July 2019, the national rate showed growth of 3.2%, compared to the same period last year.

The indices are following an increase over the last months. In June, tourist activities grew by 2.6% over the same period in 2018. In July, this growth (4.4%) was even higher compared to the same month last year.

Tourism Minister Marcelo Álvaro Antônio celebrated the positive figures released by IBGE and reaffirmed the relevance of the sector to leverage the Brazilian economy.

“The data shows that our work is having an effect. We are on the right track, leading the country towards sustainable economic development, always with the aim of boosting tourism and generating income and jobs for the population,” said the minister.