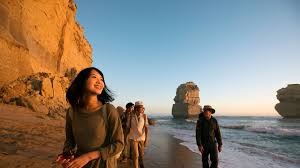 Tourism Department of Australia is deploying the influencers to make the country less distant for long haul travellers.

Tourism Australia launched its Dundee campaign, which is one of its biggest marketing campaigns to date – during the NFL’s Super Bowl in February that featured actors Chris Hemsworth, a native Australian, and comic actor Danny McBride.

Most challenging thing for USA is the flight time. The flight time from U.S. cities remains one of the biggest obstacles to convincing Americans, one of Australia’s largest and most valuable visitor markets, to book trips.

Ronson also spoke about the rising trend of wellness travel in Australia, particularly with female travellers for the Great walks and the city walks.