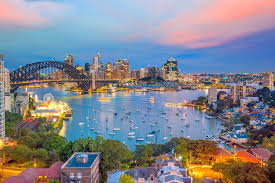 With tourism industry hit by a drop of 40 per cent in advance bookings from the foreign travel market, this holiday campaign seeks to push locals to show their support to affected areas by booking, planning, and taking a domestic holiday. The campaign will also provide nation-wide promotion, reflecting on the aspect that Australia is open for business and is eager to welcome tourists.

This move comes when the tourism industry is bracing up for a $4.5 billion hit by the year-end, with domestic and international bookings plunging by as much as 35 per cent. As per the Australian Tourism Export Council, forward bookings from British, American and European tourists have already gone down by 40 per cent, which by this calculation, will eventually lead to a loss of billions. To tackle the loss, the tourism department is now encouraging Australians to prioritise a holiday at home and extend their support in rebuilding the towns affected by bushfire and help the communities recoup from some of the lost revenue.

An official from the tourism department further added that while this campaign is targeted to the domestic audience, it is just the first step, and that they are keenly anticipating the next stage of the recovery campaign, which would focus on rebuilding Australia’s brand for their international audience.

Tourism Australia Managing Director Phillipa Harrison said that tourism is the lifeline of many communities around Australia, and it’s critical that the industry gets back on its feet as soon as possible. He further added that because of this reason, they are starting with asking the domestic visitors to commit to holidaying in their backyard this year.