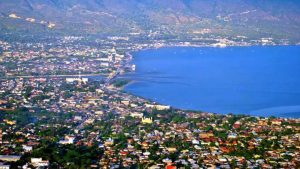 The tourism in Indonesia has promoted all its tourist destinations like Central Sulawesi and West Nusa Tenggara (NTB) in Paris on Thursday as part of a business forum. Up to 100 French businesspeople comprising tour operators, travel agents and journalists attended the forum, called Unlocking Tourism in the Central Sulawesi and West Nusa Tenggara Province of Indonesia, held at the Indonesian Embassy in Paris on Thursday.

Featuring Central Sulawesi Governor Longki Djanggola and NTB Deputy Governor Sitti Rohmi Djalilah as main speakers, the forum highlighted the specific need for infrastructure improvements as well as the regions’ various cultural events and eco-friendly destinations. In a conversation, Longki emphasised the readiness of the Central Sulawesi administration to reaccommodate foreign tourists after the earthquake and tsunami in Palu in 2018.

Longki as quoted in a statement, adding that Central Sulawesi had a number of interesting attractions, including the Togean Islands National Park and Lore Lindu National Park said that the tourism sector is very important for Central Sulawesi. The local administration continues to push for improvements so that the sector can recover. Meanwhile, Sitti confirmed the NTB administration’s plan to strengthen the development of tourism infrastructure, including plans to build the Mandalika tourism circuits and complexes, as well as organizing various tourism sports events, such as the Tour de Lombok and the Sumbawa Cross Marathon. They are optimistic that the number of tourists will increase, along with the improvement of various facilities and ease of obtaining a visa from the Indonesian government.

Known for its beautiful mountains and coastal tourism, such as Mount Rinjani, Sembalun, Gerupuk and Gili Meno, NTB is also developing halal tourism to attract more visitors. The data from Statistics Indonesia (BPS) shows that 15.8 million foreign tourists visited Indonesia last year. Meanwhile, the number of foreign tourists from France has continued to grow in the past five years.