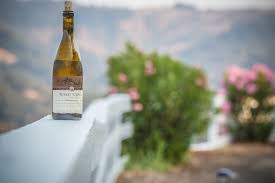 It was just weeks later that the historic Tubbs fire obliterated over 5,300 homes and killed 24 people in the county. Even though much of the local business was out of danger in terms of natural disaster, tourists stopped coming here and three Santa Rosa hotels with combined 400-plus rooms were smoldered in fire.

Also, the tourism bureau had its personal problems when Vecchio, 58, arrived after working as a director of the Nevada Department of Tourism and Cultural Affairs for six years. The former director of the agency, Ken Fischang, resigned in May 2017 after questions arose over spending and accounting practices. The county board of supervisors then last fall slashed $1 million from the pot the tourism agency receives through local hotel occupancy taxes, redirecting those funds for the work of emergency responders.

Vecchio stated that she has reorganized the nonprofit tourism agency the county established in 2005 as its official destination marketing arm to be “a more responsible organization so people trust what we are doing, trust what we were saying.” It has a 2018 budget of $8.5 million and 24 employees.

Under her control, the tourism bureau has introduced its first important branding campaign — “Life Opens Up” — that looks to go beyond Sonoma County’s traditional wine tourism and emphasize additional reasons to visit, be it the cheesemaking or bicycling adventures.

“We are just getting started. Sonoma County 2.0 is underway,” said Vecchio, whose late father resided in Bodega Bay for long time. She got to know the area with frequent visits.