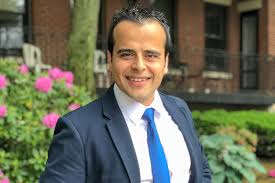 A Florida State University (FSU) study has found Tourism employees are the lowest paid of all workers. However, tourism is Florida’s leading industry, supporting 1.5 million jobs with a yearly economic impact of $86 billion, FSU said.

Tarik Dogru, assistant professor at FSU’s Dedman School of Hospitality, studied national wage data for about 12 industries between 2006 and 2018. Overall, the average weekly wage was $710, compared to $311 for leisure and hospitality workers. Professional and Business Services workers earned the most, with an average weekly wage of $1,162.

“Nationally, wages are rising more in other industries than the hospitality industry,” Dogru said in a statement. He added that the wage gap is a competitive disadvantage for the tourism sector, and this is hindering its ability to attract and retain talent.

High turnover and low wages are common in the retail, food service and hospitality industries. But workers are in a tight labor market now, which gives them more control.

Jobs are easier to find now than they were five years ago. Two-thirds of employees said that low unemployment rates should generate higher wages, and millennials are the most likely to ask for an increase.

Employers can also make use of personalized benefits and variable pay options, like bonuses instead of pay increases, to attract and retain talent, but the tourism industry might not have a choice but to offer higher wages to contend with other sectors.