Tourism industry in the Chenab region and Bhaderwah suffering immensely 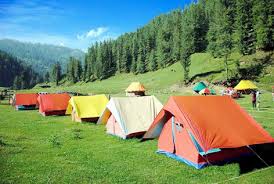 Revocation of Article 370 and division of the state into two union territories has affected the entire tourism industry in the Chenab region in general and Bhaderwah especially.

Since August 5, tourism numbers in Bhaderwah has gone down radically. Even locals are not venturing anywhere and it looks like the sense of exploring new areas has vanished.

People are apprehensive that if they make any plans, they will not be able to return home easily.

“We used to visit places almost every Sunday and enjoy with friends but since August 5, the trend has stopped. We want to go out but our families don’t allow us anymore,” said Mohammad Arif, a resident of Doda.

Rajinder Khajuria, chief executive officer, Bhaderwah Development Authority said, “Earlier, it was looking that this year we will be hosting a record number of tourists in Bhaderwah but curfew was imposed here due to some local reason and then after August 5, no tourist wanted to come here.” The absence of tourists has brought in a lot of losses for people here, whose earning is dependent on the tourist influx.