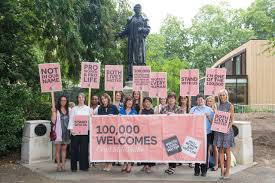 A new online film starring chef and TV personality Dan Doherty checking out our fabulous food scene has been unveiled by Tourism Ireland. It’s the second in a series of three short films created by Tourism Ireland and The Daily Telegraph to highlight our rich culinary traditions and the wonderful fresh produce on offer here to prospective British visitors.

In the film, viewers see Dan Doherty – formerly of London’s Duck & Waffle and fellow judge with Mary Berry on Britain’s Best Home Cook – visit the King Sitric restaurant in Howth, where he meets Declan MacManus, a second-generation member of this family business, who shows him what makes Irish seafood so delicious. Dan then meets Howth fisherman Steve, to find out more about Ireland’s strong fishing heritage.

The film is being hosted on the Telegraph website and is being promoted via online advertising as well as on the social platforms of both The Daily Telegraph and Tourism Ireland, including Facebook and Twitter, and will be seen by around 123,000 viewers.

Julie Wakley, Tourism Ireland’s Head of Great Britain, said: “We’re delighted to work with Dan Doherty, as part of our latest campaign with The Daily Telegraph. It’s another excellent opportunity to spread the word about our superb culinary offering and what makes a holiday in Ireland unique and truly memorable. Our message here in Britain is that the island of Ireland is a superb choice for ‘foodies’ for a holiday or long weekend break.”