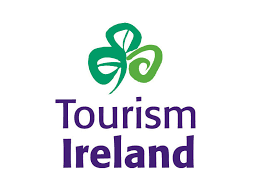 Tourism Ireland warmly welcomes today’s announcement by American Airlines of a new summer service from Dallas to Dublin. This flight will commence in June 2019 and will help boost tourism from the all-important US market, offering more choice to prospective American visitors living in Texas.

Niall Gibbons, CEO of Tourism Ireland, said: “Today’s announcement is more good news for tourism to the island of Ireland as we prepare for 2019. We already work very closely with American Airlines and we look forward to co-operating with them to maximise the promotion of this new service from Dallas. As an island, the importance of convenient, direct, non-stop flights cannot be overstated – they are absolutely critical to achieving growth in inbound tourism.

“2018 looks set to be another record year for Irish tourism from North America, with the latest CSO figures showing more than 1 million arrivals from the United States and Canada during the first half of the year – an increase of +10.7% when compared to the same six-month period in 2017. Today’s announcement is really positive and augurs well for prospects for tourism from North America to Ireland in 2019 and beyond.”