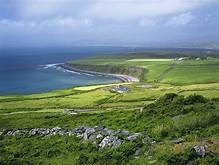 From breath-taking landscapes and rural idylls to buzzing urban hubs and amazing festivals, Ireland has it all. This Emerald Isle is the land of myths & legends which captures the imagination of all.

Tourism Ireland has just launched its new campaign – ’Fill Your Heart with Ireland’ focusing on the regions of Ireland as well as the Game of Thrones and the 148th Open at Royal Portrush.

Dublin and Belfast are two must visit cities on the island of Ireland. From the iconic Titanic Belfast to the incredible Guinness Storehouse, Belfast and Dublin are packed with history, culture, exciting events, great food and super shopping!

Some of the new developments in Dublin are The Talking Statues, Museum of Literature Ireland (MOLI) Dublin Garden Trail and Dublin Whiskey Experience.

Star Wars – Star Wars: The Force Awakens broke box office records around the world in late 2015, bringing the magnificent scenery of Skellig Michael and the Wild Atlantic Way to the attention of millions of people everywhere. Star Wars Episode VIII: The Last Jedi, released in December 2017, was also shot on location along the Wild Atlantic Way.

Game of Thrones – Fans of the Game of Thrones™ series from across India are now familiar with locations such as Dark Hedges in Country Antrim. Visitors wishing to explore the filming locations can do so independently or can choose from a range of guided location tours or immerse themselves in Game of Thrones® themed adventures such as archery, cycle tours or banquets. The final series of Game of Thrones will be aired in April 2019 and world’s attention drawn will be drawn to Northern Ireland and to the legacy attractions that are planned launch in autumn.

Artemis Fowl – Disney films new movie based on the Irish author Eoin Colfer’s fantasy books Artemis Fowl is being adapted for the big screen. Shot in spectacular locations of Portrush in Northern Ireland, the movie is set to release this year in August. The book has 45 million+ sales.

The Vikings – Season 5b of the hit drama series, The Vikings is one of the top 10 most viewed TV dramas globally, with a huge fan base. But fans may not be aware that The Vikings has been filmed on location in Ireland for the last 7 years – Ashford Studios and various locations in Wicklow.

Food in Ireland is fresh, tasty and made with a contemporary twist. Ireland is well known for farm to fork, from port to place and from creamy butter and freshly caught seafood, to gourmet creations and finger-licking street food. Food festivals in Ireland celebrate Irish foods and the local producers, chefs and restaurateurs that champion them, such as the Galway Oyster and Seafood Festival, The Big Grill Festival, and A Taste of Donegal among others.

Ireland is in the thick of an Irish whiskey renaissance. Distilleries in Ireland are creating some of the world’s finest whiskies, whether blended, single malt or single pot still, and with atmospheric old

whiskey bars and intriguing whiskey tours. It’s best to start at the beginning with the Old Bushmills in County Antrim, the oldest whiskey distillery on the island of Ireland. The original distillery that is now the Jameson Experience Midleton, dates back to the 1820s and the beautifully restored machinery will take you through a step-by-step breakdown of the ancient production process. While in Dublin, you can learn all about Guinness’ rich history. As you walk through each floor you will learn what goes into making a perfect pint of Guinness.

The island of Ireland loves a good party, and it’s no surprise that the Irish calendar is packed full of festivals Indian visitors will not want to miss. Ireland is of course renowned for its St. Patrick’s Day celebrations, which brighten the streets of towns and villages around the country each March and are not to be missed. But there are other delights, too – such as the delicious spring treats to be found at the Legenderry Food Festival or in Derry-Londonderry, or the famous craic and good

company to be had at the Cat Laughs Comedy Festival in the heritage city of Kilkenny. And that’s not to mention the array of world-class arts, literature and food events held in Galway, which some call Ireland’s festival capital. Establish Ireland internationally as the original home of Samhain and Halloween traditions in the Western World. Dublin city to light up for New Year’s Eve with 3 spectacular events

Let Ireland wow you with the beauty of the landscape, the irresistible warmth of the people and the incredible range of places to say “I do”.

Romance runs deep in Ireland, and with our enchanting landscapes and legendary love stories, you won’t find a better backdrop to your big day. There are secluded chapels and lakeside retreats, sumptuous castles and glamorous country houses, windswept beaches and ancient ruins. But what also helps to set Ireland apart as a top wedding destination are the warm, friendly and welcoming people.

Dublin as the host city. UEFA EURO 2020 marks the 60th anniversary of UEFA’s prestigious national- team competition, and matches will be hosted in 12 cities across Europe on a one-off basis.

March 2019 will mark the 400th anniversary of the completion of the Walls. A full and vibrant programme for this significant heritage led anniversary has been developed featuring an eclectic range of musical ensembles, dance audio plays, historical and contemporary exhibitions, symposiums, films, living archaeology demonstrations and workshops, visual arts exhibitions and much more!

This celebration of the 400th anniversary of the completion of the Walls programme will provide a great opportunity or both visitors and locals alike to experience the Walled city at its very best.

Check out what golfing on the island of Ireland has to offer on and off the fairways. Described as the “St Andrews of Ireland,” Lahinch Golf Club needs no introduction for those who have played golf in County Clare and it comes as no surprise that it will play host to some of the world’s biggest stars at the Dubai Duty Free Irish Open (July 4-7)

The 148th Open will be played at Royal Portrush from 14-21 July 2019, marking a historic return to Northern Ireland for golf’s original and most international golf Championship after nearly 70 years. The Open was last staged at Royal Portrush in 1951, when Max Faulkner became Champion Golfer of the Year. The 148th Open will be broadcast around the globe, showcasing not only splendour of Royal Portrush and our world-class golf product, but also the stunning landscape and welcome of Northern Ireland.