Tourism in Melbourne is booming but regional is missing out 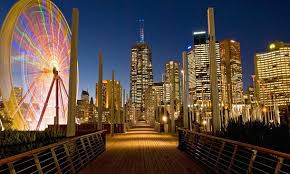 In Melbourne, tourism is flourishing like never before, however regional Victoria is missing out.

Regardless of regional Victoria showing off sights like the Great Ocean Road and the Yarra Valley, the regional tourism market of the state does worse than other states and territories, except for the ACT.

Tourists coming to Victoria spend on an average of 36 cents per dollar in regional areas, in comparison to a nationwide average of 47 cents.

Chief Executive of the Victorian Tourism Council, Felicia Mariani, stated that the reduced regional spending is quite abnormal to the boom in the coastal city of Victoria.

“Tourism is performing extremely well in Victoria, overall,” she told 3AW’s Ross and John.
“We are the second highest performing state when it comes to our overall numbers and our overall spend.”

Victoria depends a lot on the Chinese market for tourism spending.

“China, from an international perspective, is our number one market,” Ms Mariani said.
“The spend from a Chinese visitor is worth more than the next nine international markets behind them.”