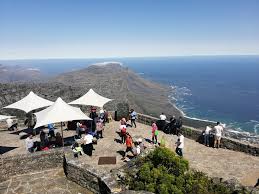 The Tourism Minister of South Africa, Mmamoloko Kubayi-Ngubane has observed and expressed concern on the report of the decline in the number of tourists visiting South Africa.

“The major impact on the numbers has been the concerns around the safety and security of tourists in our country. We will at the beginning of December, jointly with our stakeholders, announce our Tourism Safety Strategy and the implementation plans as a response to the concerns raised by our key markets,” said Kubayi-Ngubane.

The fall was primarily influenced by a drop in arrivals from Australia, Asia and Europe, with a decrease of 5% and 3.9% respectively.

“Although international tourism numbers declined from January to September 2019 compared with the previous year, we are pleased that tourist arrivals from the Middle East went up by 4.2% followed by Asia (1.3%), Central and South America (0.3%) and North America (0.2%). It is a good indicator that more focused and aggressive marketing strategies in these regions will yield positive results,” Kubayi-Ngubane said.

The Minister with his team visited different markets like China, Japan and is visiting Ghana and Nigeria at present with the aim of rising the number of tourist arrivals.

“We are committed to reaching the target of 21 million arrivals by 2030 and we are working with all the stakeholders in the sector to make this a reality. We realise as we work towards this target, we might experience some fluctuations but we will ensure that the overall trajectory remains positive,” Kubayi-Ngubane said.

The Minister explained that more work is being done in South Africa to connect with different stakeholders such as airlines to have joint marketing strategies to boost numbers.