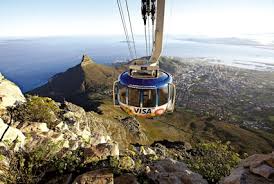 In general, Africa and the developing world, is seized with finding out sustainable solutions to the modern challenges the young people are facing and the labour market of the future. The option of a digital economy, while real, offers an array of suspicions that must necessarily be grappled with.

Coming against the background of the rising number of unemployment and a fidgety youth, the challenges are getting larger day by day. Earlier this year, the International Labour Organisation (ILO) declared that the youth unemployment rate in Africa is anticipated to surpass 30% in 2019, and young people will continue to be 3.5 times more likely than adults to be unemployed.

The effect of what is defined as a ticking time bomb which can never be ignored when as per a January 2019 Brookings Institute paper entitled Harnessing Africa’s Youth Dividend: a new approach for large scale job creation, Africa can anticipate its working-class population to rise to about 450 million people—increasing by about 3% per annum—between 2015 and 2035. “By 2050, Africa will have 362 million young people between the ages of 15 and 24 years old.”

How will we make sure jobs for the new entrants to the labour market in the middle of miserable employment conditions throughout the continent? As we are all set for the Fourth Industrial Revolution, it is said that education and skills development will the panacea for joblessness and unemployment.

Is it possible however that as we organize the young for the world of work of the future, some traditional sectors and industries remains under-exploited?

Amusingly, the same Brookings Institute report have also found that “other non-traditional sectors such as tourism, agri-businesses, and some services based in the information and communications technology sector show potential for large-scale job creation.” On the continent, these sectors are amongst the most dynamic with Africa’s services exports; growing more than six times faster than merchandise exports between 1998 and 2015.

Giving expression to this view is a December 2018 publication by Brookings Institute which calculated that “the tourism industry is playing an increasingly important role in the global economy, contributing 5% of gross domestic product (GDP), 30% of service exports, and 235 million jobs.”