Tourism P.E.I. estimates 1.6 million visitors to the province by the end of this year 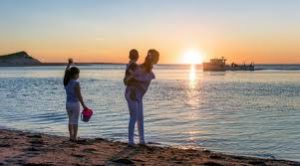 P.E.I.’s tourism is constantly shining as another record year of tourist visits is anticipated for the sixth straight season.

On Tuesday, Tourism P.E.I. has published the numbers and the preliminary estimates project 1.6 million visitors to the province by the end of this year.

“The people are coming, and the numbers continue to be strong,” he said.

As of September, those numbers show year-to-date that the number of overnight stays in P.E.I. has increased 1.6 per cent in comparison to 2018.

The recent numbers show P.E.I. is on the right track to achieve a new record for overnight stays.

In total, as of September, there were 605,721 room-nights sold in fixed-roof accommodations which increased 3.6 per cent over 2018.

Campground stays were down 1.9 per cent.

With the increasing visitor numbers, traffic at some of the points of entry also increased, including a 3.3 per cent increase at the Charlottetown Airport and a 1.6 per cent increase on the Confederation Bridge.

Those raises didn’t carry over to Northumberland Ferries, which experienced a 3.3 per cent drop.

Also, Charlottetown profited from a major rise in cruise ship traffic, which increased by 23.8 per cent.

Visitations to sites around the province have also increased, including P.E.I. National Park which experienced a 14.1 per cent rise over last year as more than 781,000 people visited the park.

Also, provincial heritage sites were quite busier with each of them seeing an increase compared to last year.

One thing Mouflier stated that contributed to the growth and development was tourism operators and entrepreneurs working in tandem to grow experiential tourism.

Mouflier said that has been doing a lot of good for the Island.

“Generally, we’ve had a really good year so far,” he said.