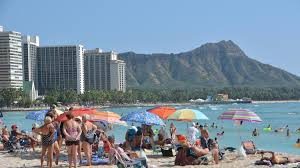 In the first nine months of 2019, travel receipts surpassed 16 billion euros, matching the amount reached in the whole year of 2018, as per the official statistics of the Bank of Greece. This point toward yet another record year in terms of tourism revenues, which are hoped 17 billion euros by the end-December 2019, given the momentum this year.

In the first nine months of 2019, arrivals have increased 3.8 percent from a year before, with September seeing annual growth of 5 percent.

Greek tourism is showing outstanding capacity in 2019 in the face of different omens starting right from Brexit to the economic slowdown of Germany with low bookings up until May, in addition to the fall down of UK tour operator Thomas Cook toward the end of the summer season 2019.

The higher rate of rise in revenues in comparison to that for arrivals points to higher-spending visitors, and higher hotel room rates.