Tourism sector aims to bring Cambodia back from its plunging state 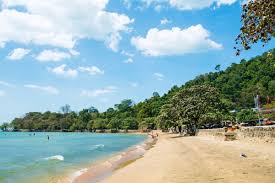 According to the recent figures, the number of international tourists visiting Cambodia has plummeted in the initial eight months of 2019, particularly in Siem Reap, where Angkor Wat is situated and is the heart of the country’s tourism. The drop has raised anxiety among those who work in the sector, particularly travel agencies. Khmer Times meets with Chhay Sivlin, president of the Cambodia Association of Travel Agents, to discuss the issue.

What are causing such a strong decline in the number of international tourists to Cambodia?

Ms Sivlin: As we can see, Siem Reap has witnessed a huge drop in international tourists. There are other factors causing this problem. Firstly, Cambodia still lacks infrastructure, including roads, and English-speaking experts in tourism. Also, we do not have enough direct flights. This is very important to promoting tourism and to compete with other countries. In the meantime, other countries, including our neighbours, are developing and increasing their tourist attractions, which allow them to draw more visitors into their country. We on the other hand still do not have anything new. In the past few years, the number of international tourists kept increasing so dramatically that the private sector forgot to improve the quality of their service and products. In the meantime, their human resource was also going down, especially those who have to directly deal with the guests.

Has there ever been a comparative study on tourism in Cambodia and its neighbours as well as other countries in Southeast Asia?

Ms Sivlin: We have, and we saw that other countries are a few steps ahead of us by now. Like us, they have seen a major rise in tourists in the last few years, but they did not see any decline. They are working towards promoting their services and keep upgrading their hospitality sector. In Cambodia, nevertheless, the vendors or service providers pay no attention to the significance of improvement, and instead become proud of the increasing number of visitors. The tourists who have been served badly on their visits to Cambodia write negative reviews online in this digital age, which can easily change the minds of those wanting to visit Cambodia. The public services have also been contributing to this problem by making it harder and more complicated for tourists to travel in the country.