Tourism sector in the UK grew by only 1% last year 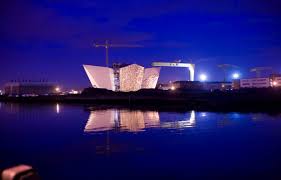 Last year, the tourism sector grew by one per cent only – contributing 4.2 million jobs in the United Kingdom, which is below the European Union’s (EU) overall average of 2.7 per cent, and the global average of nearly four per cent.

However, in spite of the results, the UK still remains the fifth largest Travel and Tourism sector in the world, right after the United States, China, Japan and Germany. The UK is also the smallest nation on the list regarding population.

Growth for this year is expected to be just over one per cent, which would again put it below the predicted global and European Union averages.

The WTTC believes that Travel and Tourism could drive the UK forward post-Brexit.

To quote Gloria Guevara, the President and CEO of WTTC, “Post-Brexit, Travel and Tourism stand to be one of the major sectors to drive a recovery in the British economy. Its current growth rate of one per cent is dramatically below the 6.2 per cent recorded the previous year and demonstrates the huge potential of our sector to be a driver of economic growth. Our sector is not being helped by uncertainty over the form of Brexit. Last month, we published research to show that over 300,00 jobs could be at risk our sector in the United Kingdom and almost 400,000 in Europe if the UK leaves the EU without a deal on 29 March.”