Tourism services exports are expected to reach €2.06 billion by March in Estonia 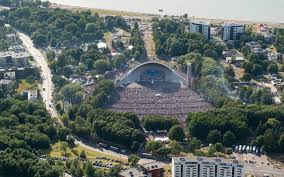 In 2019, the number of foreign tourists’ overnight stays in Estonia reached a record high for the fourth consecutive year, while those by domestic tourists set a new record for the seventh year in a row.

“The income from foreign tourists in Estonia at close to $1,400 [USD] per resident, according to the World Tourism Organization, is impressive compared with other European states,” said Margus Sameli, the director of the Tourist Board at Enterprise Estonia. “It places us at the forefront among Nordic and Baltic States along with Sweden, and exceeds the level of many European states, including France and Italy,” he added.

Growth in the number of foreign tourists in Estonia has been prompted by increased interest in almost all markets, although nearly 60 percent of all overnight stays are made by Finnish, Russian, Latvian and German tourists.

Sameli said, “This indicates that in order to increase our revenue from exports, we need to maintain diversity among states from which we are being visited. With it must also be maintained repeat visits from our main countries, because the number thereof in absolute terms is simply so high that other visits will not be able to compensate them.”

“In just a few months, Estonia will be put on the world map as a country for food by the European round of the Bocuse d’Or world chef championship to be held in Tallinn,” he noted.