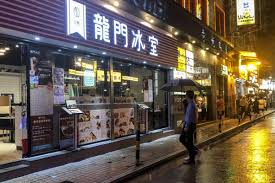 A survey conducted by the Ministry of Tourism, Brazil with hotel entrepreneurs in the country reveals confidence when it comes to investing and creating jobs in the sector. This is because two out of three of them (65.9%) plan improvements in their establishments in the second half of 2019.

The intention is 21.1% higher than in the same period last year.

The outlook is also positive for hiring professionals: 22.7% of entrepreneurs say they intend to employ new employees by the end of the year, as 39.8% believe there will be an increase in demand for services offered. In addition, the study points out that 42.8% of entrepreneurs expect high business revenue in the period.

The Minister of Tourism, Marcelo Álvaro Antônio, celebrated the indicators that demonstrate the optimism of the hotel sector to invest in Brazilian tourism, especially with the generation of jobs in the world during the 23rd General Assembly of the World Tourism Organization (WTO) in Russia.

“The lodging segment is extremely relevant for tourism and therefore acts as a thermometer to measure the performance of the sector as a whole. The results show an optimistic outlook for the months ahead and key to the next steps. This is a sign that we are on the right track. Increasing job creation in tourism is already a proven reality. Tourism at the center of the economic agenda provides this,” said the minister.

This is the second stage of the Hotel Industry Business Survey in Brazil, promoted by the MTur Directorate for Economic Studies and Research. Hosting companies of all sizes, including hotels, inns, resorts and tourist camps, are consulted.

The objective is to gain insight into the performance of establishments and the destinations where they are located.

The survey was conducted during the second quarter of this year, with the support of the secretariats and state agencies of Tourism and representative entities of the hotel industry.

Recently, data from the Brazilian Hotel Industry Association of Bahia (ABIH-BA) revealed that Salvador (BA) had the best hotel occupancy rate of the last 8 years in August, with 62.29% of the rooms booked by visitors.

Another positive data from tourism comes from Ceará. In the first half of this year, the Ceará state, which boasts of one of the most beautiful coastlines in the country, received 129,400 foreign tourists, a growth of 99% compared to the same period of 2018.