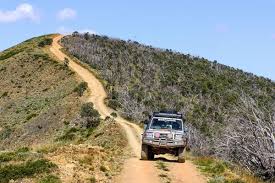 Winton will continue a four-decade Supercars tradition thanks to support confirmed today from the Andrews Labor Government’s Regional Events Fund, with thousands of four-wheel enthusiasts to flock to the North East next June.

The 2020 Winton SuperSprint will run from 5-7 June and Minister for Tourism, Sport and Major Events Martin Pakula today welcomed the decision by Supercars to back the time-honoured regional fixture.

The Winton SuperSprint has been a highlight of the Supercars season since the inaugural event in 1985 when the series was known as the Australian Touring Car Championship. Past winners at the three-kilometre circuit have included giants of the sport such as Mark Skaife, Craig Lowndes, Garth Tander and Jim Richards.

Ford’s 2019 championship leader Scott McLaughlin took out both 2019 SuperSprint series races in May this year.

The Labor Government has been a strong supporter of the race, providing $1 million from the Regional Infrastructure Fund in 2015 to upgrade the Winton track, ensuring it remains one of the country’s most prestigious motor racing venues and a tourism hotspot in regional Victoria.

Minister for Tourism, Sport and Major Events Martin Pakula sai that Victoria is the home of motorsports in Australia and it’s great that Winton can once again host the best Supercars action and thousands of race fans in the heart of the North East.

Member for Northern Victoria Jaclyn Symes said that  The Winton track has been around for almost 60 years and the V8s have been racing there since the mid-1980s – this is a much-loved track and event for motor fans and a fantastic part of the North East’s ongoing success story.

Benalla Auto Club chief executive Chris Lewis-Williams said that they are so thankful for the ongoing support of the Victorian Government to help maintain our standing as a historic Supercars venue and one of the state’s premier permanent motorsport venues.