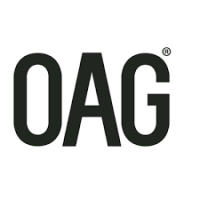 People prefer human touch to automation outside of ticketing and check-in as per the OAG report. BOSTON – OAG revealed its latest tech market analysis, The Airport Delight Report: Humans vs. Machines. It is based on a survey of over 2,000 U.S. travellers. The report offers new insight for airport leaders and tech providers looking to delight travellers, streamline operations and grow revenue.

Nearly 60 per cent of travellers would let airports track their location through a mobile or wearable device to redeploy staff to cut down on wait times.

Momentum builds for automated airport retail: 54 per cent of millennials, 37 per cent of business travellers and 35 per cent of all travellers reported interest in self-checkout retail options at the airport.