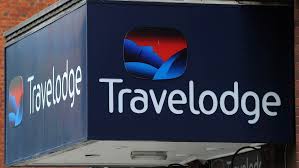 Travelodge has announced plans to open more hotels at seaside resorts, including Shetland. This will help to create hundreds of new jobs. The company said it plans to open 26 new hotels in coastal towns under a multi-million pound investment, creating 650 new jobs.

Travelodge opened its first seaside hotel in Brighton in 1999 and has opened its 36th at Rhyl in North Wales.

As per Tony O’Brien, Travelodge UK development director, they are witnessing the rebirth of British seaside resorts and coastal towns as a result of Britons changing holiday habits.

New locations include Lerwick on the Shetlands, Pwllheli in North Wales and areas of Cornwall, Jersey and Guernsey.

Tony O’Brien said that there are significant regeneration and modernisation projects taking place in seaside towns and cities across the U.K. They have identified 26 coastal areas that could benefit from a Travelodge hotel.

Travelodge plans to start their expansion programme by writing to the local authority in each region to see if they can play a pivotal role in their regeneration programme like they have done in Rhyl. They are looking to enter new markets and extend their network of coastal location hotels so that they can provide to the modern leisure traveller more choice and greater value.