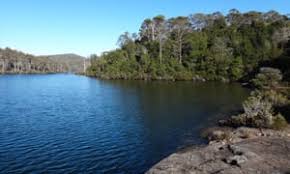 A controversial private tourism development with helicopter access in Tasmanian world heritage wilderness moved closer to going ahead after a planning tribunal reversed a council decision to block it.

The luxury camp proposal for remote Halls Island on Lake Malbena in the Walls of Jerusalem national park was approved by the federal and state governments but rejected by the Central Highlands council in February.

On Monday, the state’s resource management and planning appeal tribunal upheld an appeal against the council decision by ecotourism business Wild Drake, backed by the state government.

The proposal involves four demountable huts being built on Halls Island, which would be visited by up to 240 helicopter flights per year. The developers say it would cater for up to six visitors at a time interested in bushwalking, kayaking and learning about the area’s cultural history.

Environment groups had said it was an important test case in the state’s push for more commercial tourism in national parks and the vast Tasmanian wilderness world heritage area, which covers about one-fifth of the island.

The Tasmanian environment minister, Peter Gutwein, said the decision endorsed the government’s program calling for expressions of interest for private developments in parks and reserves.

The Wilderness Society and Tasmanian National Parks Association said they were disappointed the tribunal found it was not necessary to assess the proposal against the state’s management plan for the world heritage area, and had not assessed the impact the development would have on wilderness.

But he said the Lake Malbena case could be Tasmanians’ last chance to have a say on development plans in national parks or reserves as the government planned to change the planning scheme to allow those proposals to bypass local councils. “That is as scary as it is undemocratic,” Allen said.

He said environment groups would consider whether to appeal the decision to the Supreme Court.