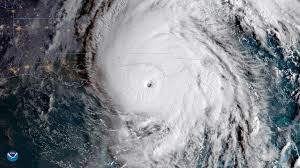 According to the National Hurricane Centre, a strengthening weather disturbance in the Gulf of Mexico was expected to intensify into Tropical or Subtropical Storm Nestor on Friday before making landfall over the Florida Panhandle, bringing strong winds, storm surge flooding, heavy rainfall, and even tornadoes.

As of 11 a.m. ET, the system had maximum sustained winds of 60 mph, the hurricane centre stated.

After hitting the Panhandle, the system was then expected to track northeast through the weekend, pounding a swath from Georgia through the Carolinas with heavy rainfall and gusty winds.

Gale-force winds are possible along portions of the Atlantic coast of the south-eastern United States by Saturday.

A risk of severe weather, including tornadoes, is also expected along parts of the Florida Gulf Coast late Friday and across northern and central Florida, southeast Georgia and the coastal Carolinas on Saturday, the Weather Channel said.

A cluster or line of strong to severe thunderstorms will likely push into northern Florida on Saturday morning, according to Weather Underground meteorologist Bob Henson. Tornadoes would be possible within this area, as well as in other thunderstorms and squall lines forming just to the east and northeast of Nestor as the storm tracks inland.

The system, labelled Potential Tropical Cyclone 16, was located early Friday about 395 miles southwest of Panama City, Florida, and was moving to the northeast at 22 mph.

A tropical storm warning was in effect from the Mississippi and Alabama border to Yankeetown, Florida, about 90 miles north of Tampa, and from Grand Isle, Louisiana to the mouth of the Pearl River.