Turkey is aiming to attract more medical visitors from Africa 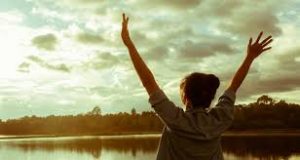 Having recently established its reputation as a popular destination for health tourism, Turkey is now aiming to attract more medical visitors from Africa.

The Turkish health sector offers services at par with Europe and the U.S., but at more affordable rates. Ali Öztürk, the head of medical consultancy company Care in Turkey said bout the Africa Initiative launched by President Recep Tayyip Erdoğan in the early 2000s, “The Turkish hospitals established in Sudan and Somalia enabled us to see the demand for quality health service more clearly in Africa.”

Ahmet Aksu, chair of the Health Diplomacy Association, said that the number of foreign patients in Turkey has increased considerably now. “As of this year, revenues reached $3 billion and there is potential to increase this figure,” he added.

Turkey competes with Thailand and India regarding prices and with Europe and the U.S. for quality. Turkey’s particular strength lies in organ transplantation, especially, livers and kidneys.