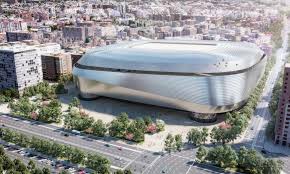 Real Madrid will be signing a training kit sponsorship very soon with Turkey Tourism worth around €12m ($13.3m) per year.

The negotiations between Turkey’s national tourist agency and the LaLiga club, were unveiled by the Spanish sports daily Marca.

The training kit rights were previously arranged by the club’s main shirt sponsor Emirates, which transformed its sponsorship of the club in September 2017 for four years from 2018-19 to 2021-22, at about €70m every year.

By now, Turkish businesses and organizations have developed strong links with the important sports properties in Western Europe.

In Spain, at present, Turkish white goods brand, Beko, is the main global partner as well as exclusive training partner of LaLiga club FC Barcelona. It was a deal which includes rights to brand the shirt sleeve of the first team kit as well.

Turkish Airlines, the 49-per-cent-state-owned carrier of the country, is a title partner Euroleague basketball and an official partner of European Professional Club Rugby.

Nevertheless, the Real Madrid move would be major departure for Turkey’s tourism authority, which has zero experience in sponsorships in significant sports events or properties.

According to Simon Chadwick, Professor of Sports Enterprise at Salford University Manchester, the agreement might be linked to “significant increases in tourism marketing” which sources tell him have been made by the county this year.”

Professor Chadwick told SportBusiness Sponsorship: “At one level, Turkey is obviously a tourism destination with an economy built on tourism. Why wouldn’t Turkey and the Turkish tourism authority advertise the country or promote the country through, for example, a sponsorship deal?”