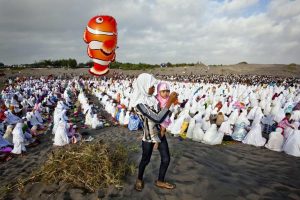 There are thousands of Iranians have flocked to Turkish cities due to Iran’s 13-day Nevruz holiday, which has created a great stir in Turkish tourism sector. There are more than 18,000 Iranian tourists have entered Turkey from the eastern province of Van’s Kapiköy border gate alone in the last couple of days, while other Turkish provinces such as Erzurum, Rize, and Antalya also come to the fore among the cities welcoming Iranian tourists in this period. Arriving in a wide range of cities from Van and Adana, to Erzurum and Rize, Iranians have pleased both tradesmen and hoteliers, especially in this period, considered a “low season.” The hotels in some regions have so far exceeded 80 percent in occupancy.

Located near the Iranian border, Van is a tourist attraction for its natural wonders and historic monuments. Over the years, it has become a top destination for Iranian tourists, especially during the Iranian national holidays.

The Van Provincial Directorate of Culture and Tourism, Saray District Governor’s Office and Customs Directorate officials, who welcomed the arriving tourists with Turkish delight and carnations and celebrated their holiday, stated that Iranians will continue to enter Turkey from the Kapiköy Customs Gate, which has been recently modernized and was officially re-opened on March 19 in the Saray district.

The Van Provincial Directorate of Culture and Tourism, Saray District Governor’s Office and Customs Directorate officials, who welcomed the arriving tourists with Turkish delight and carnations and celebrated their holiday, stated that Iranians will continue to enter Turkey from the Kapiköy Customs Gate, which has been recently modernized and was officially re-opened on March 19 in the Saray district.

Van Provincial Director of Culture and Tourism, Muzaffer Aktuğ, said there is a tourist density on the streets of Van with the beginning of the Nevruz holiday. Noting that around 18,000 Iranians have visited the city in the last couple of days and with the occupancy rate of some hotels exceeding 80 percent, Aktuğ said the number of tourists, as well as the density in hotels, is expected to further increase.

Aktuğ noted that the fifth Van Shopping Fest is organized in the city for Iranian tourists, adding while the tradesmen make a discount of up to 70 percent for the Iranian guests, local artists are also brought from Iran to help the tourists enjoy their time in the city.

One of the other favorite destinations for Iranian tourists is the Black Sea region. The tourists, who arrived in the Black Sea province of Rize’s İkizdere district, jumped over the Nevruz fire and performed folk dances accompanied by musical instruments.

Iranian tourists staying in hotels that offer the world’s highest quality thermal water coming out at 72 degrees Celsius and containing 4,541 minerals said they were amazed by the nature, food, and hospitality of the region.

This year, Adana in the south is among the cities hosting Iranian tourists as well. A group of 40 Iranian tourists came to Adana for the first time and visited mosques, churches and other historical places in the city. bFarshid Bouyeh, from the aforementioned group of Azeri Turks, said they arrived from Tabriz, Iran, after an 18-hour road trip and came to Adana for the first time to spend their Nevruz holiday.

Meanwhile, more Iranian tourists are hosted at the Eastern Anatolia Shopping Festival organized for the second time this year in the eastern province of Erzurum. Welcomed to Erzurum with the traditional janissary band, the Iranians have also contributed to the economy of the city. Iranian tourists said they see the Turkish people greeting them with great enthusiasm very close to them.

Dosam Paintball Outdoor Events Park in the Mediterranean resort city of Antalya’s Aksu district, on the other hand, has attracted the most interest from Iranian holidaymakers in this period. Manager Ali Bilgiç stressed Iranians love playing paintball.