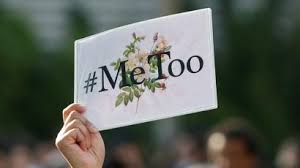 In this issue, India occupies the focal-point of discussion with two of its homegrowns creating news for all the erroneous reasons.

One is a frail old lady, not capable enough to find a prospective buyer. The other is youthful exuberance faces hard-hitting realities and reckoning.

Air India and Oyo, both are struggling at present. There struggle have provided valuable insights in terms of airline distribution and economical hotels.

From the struggle of Air India, we get to learn how distribution costs are so high that the expense can act kind a weapon by a hard-up airline. Also, the article emphasizes that travel agents are not dying, in spite of years of airlines slashing their commissions and making their customers book directly. This is mainly happening in enormous Asian markets like India, China, and Indonesia where domestic leisure and corporate travelers will always puff up.

Oyo, in the meantime, is on the edge of proving what hotel chains world over has known all along. It’s not possible to systematize the unsystematized- and two-star accommodations into a reliable brand, far less likely on scale and geographies Oyo has done. It’s now scaling back, but the question is, is it too late, considering the kind of deterioration has started within the company, as reported by the media?