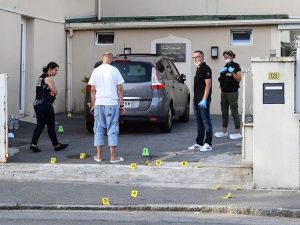 A gunman injured two people outside a Brest mosque including the Imam in France. He later went on to kill himself. The motive for the attack is unclear. France’s interior minister Christophe Castaner ordered an increase in security measures around places of worship across France.

The shooter fired in front of the Mosquée Sunna de Brest, on France’s Atlantic Coast. According to a national police the shooter fled the scene in a car. The incident occurred around 4pm (6pm UAE).

Police launched a manhunt and soon found the attacker’s Renault Clio car in a nearby neighborhood. The attacker laid nearby – had shot himself in the head. The manhunt was called off, as police do not suspect the attacker had accomplices. Several shots – about 6 or 7 were fired on June 27. The two wounded people were hospitalized but ‘are doing OK,’ as per the police.

The Imam Al Jay sustained two bullet wounds to the abdomen and two to the legs. The worshipper was hit in the legs by two bullets. The attacker is unknown to the police, is not on file, and is not known to belong to a far-right movement as per the sources.

Abdallah Zekri of French Council of the Muslim Faith (CFCM) said that Al Jay had already been threatened by Daesh “because he has made speeches in line with the values of the Republic”. Local officials have been asked to step up security around places of worship across the country.