The U.K. launches its first tourism-sector deal for increasing visitors per year 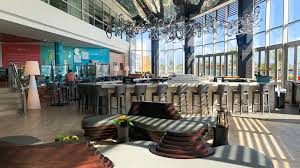 The U.K. launched its first tourism-sector deal, for preparing the country for an anticipated increase of 9 million visitors per year. The deal will include a commitment to build 130,000 hotel rooms by 2025, 75% of which will be built outside London.

There also will be a new tourism data hub, which will collect updated data reflecting the latest trends and spends, for allowing businesses to target overseas visitors in a better way.

Also, more than $315 million is being earmarked to improve broadband connectivity in conferences centers across the U.K. for business visitors.

The U.K. is also thinking to advance facilities and access to destinations across the country for travelers with disabilities.

To quote Greg Clark, the U.K.’s business secretary, “As part of the tourism deal, new Tourism Zones will deliver a direct boost to holiday destinations across the country, helping create new jobs as well as supporting improvements in transport connections.”

Tourism plays an important role in the U.K. economy, with almost 2 million people employed in the industry across the country and $29 billion spent by visitors in the U.K. last year.