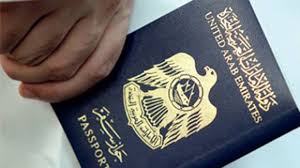 This comes nearly three weeks after making the leap to the 8th most powerful in the world. UAE’s citizens are allowed to travel to 112 countries without a visa and to 47 countries with visa on arrival. 39 countries still demand visa from UAE citizens.

The UAE is now tied for 7th place with Estonia, which also scored 159. Singapore occupies top spot with an index score of 165 countries: 127 visa-free countries, 38 countries with visa on arrival. Singaporean citizens still need a visa to enter 33 countries.

The UAE remains the most powerful passport in the region, beating out all other Arab or GCC countries in the race to the top.

This comes on the heels of a diplomatic memorandum of understanding (MoU), signed between the UAE and Mexico on visa exemption. Citizens with regular passports of both countries have been allowed visa-free entry. The agreement for visa-free entry between Mexico and UAE will come into effect on Oct 31. Citizens can remain in either country for no longer than 180 consecutive days.