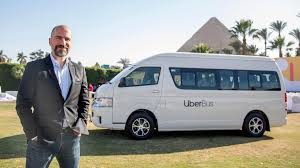 Uber CEO Dara Khosrowshahi was to hold a news conference on Tuesday with the famed Giza pyramids in the background to elaborate on the plans.

The microbuses — such as the ones Uber plans to use — are notorious in Cairo. Often over-packed, speeding and veering across traffic lanes with little concern for traffic safety and other drivers, the vehicles are the only affordable method of travel for millions of people in Egypt, where public transport is chronically overloaded. Uber drivers have come into conflict with taxis in Egypt, as in other countries.

But many in the country of 100 million people say the service provides cleaner vehicles and driver accountability.