Uber no more operative in Barcelona due to new rules 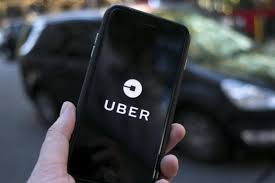 As per the new Catalan government rule vehicles for hire should take bookings 15 minutes in advance  which led to the suspension of Uber services in Barcelona.

Cabify, Spain’s own ride-hailing app having one million users in Barcelona also applied the rules.

The UberX service of the ride-hailing service was operated which used professional, licensed drivers, in Barcelona since March 2018.

Uber wants to be a long-term ally of more than 600 cities where they operate and Bracelona was not an exception.

However, a fair regulation was needed to contribute to city life, but in Catalonia due to the regulation thousands of drivers and users of VTC see their livelihood disappear and their freedom to choose how they move around their city.

Considering the immediacy of on-demand services the obligation to wait 15 minutes to travel in a VTC does not exist anywhere in Europe and was totally incompatible.