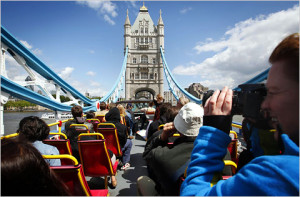 The new statistics suggest Brexit could lead to an influx of international tourists and that the domestic holidaymakers in the UK are likely to rub shoulders with even more overseas visitors in this summer.

Travel experts voiced their opinion suggesting this summer will be a strong period for tourism, so much so that it will be a record-breaking increase in visitor numbers, as well as an increase in how much they spend.

Also, Visit Britain showed that  at the end of February 2017,  the UK was 11% more affordable for foreign tourists than it was in the same month last year.

According to the latest official figures, Visit Britain revealed that there would be an increase of 4.0% than 2016 with 38.1 million visits. and £24.1 billion in visitor spending will mark 8.1% increase than 2016. Flight bookings to the UK for this summer, from March-August 2017 are up 19%. Visit Britain forecasts this growth will continue during the remainder of the year, with a total of 38.1m inbound visits – and a total spend of £24.1bn.

As with visit numbers, the impact of the fall in the pound – which has improved inbound visitors’ spending power – on the value of visitor spending is so far inconclusive. The ongoing value of the pound itself is a key uncertainty and will depend on several factors. These include the status of EU and trade negotiations throughout the year as well as monetary policy actions taken by the Bank of England and other major central banks abroad.

World Travel and Tourism Council (WTTC) in its latest reports said that the UK’s travel and tourism sector is expected to do well in 2017. The travel sector supports over 4m jobs, which accounts for 11.9% of the UK’s total employment. Flight bookings company Cheapflights found huge interest from China for travel to the UK this summer – precisely, an increase of 373% over the last six months.