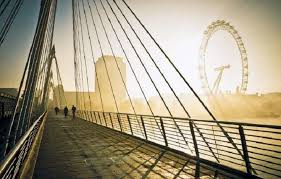 Last year, the UK saw strong growth in tourism from a mix of overseas visitor markets including China, Australia, the Gulf Cooperation Council (GCC), India and the US, and the figures supported a record year for inbound tourism.

New figures from VisitBritain show double-digit growth in visits and spend last year from China, which is currently the world’s most valuable outbound market. Visits from the US, the UK’s most valuable market for tourism spend, grew 13% to 3.9 million in 2017, which is the highest since 2000. Visitors from the US spent a record £3.6 billion, going up by 9%.
Tourists from GCC and India also marked a record. There were 562,000 visits from India, up 35% with visitors spending a record £454 million. There were 812,000 inbound visits from the GCC in 2017, up 5% with spending of 55%, to a record £2.2 billion.

Tourism Minister Michael Ellis said, “Britain’s tourism industry is booming. Last year was another record-breaker and we welcomed more people than ever from important markets including China, India and the Gulf states. We are working hard to sustain this excellent growth and encourage international visitors to travel around the UK, ensuring that more communities can benefit.”

Overall, 2017 was a record-breaking year for overseas visits to the UK and regarding the amount that visitors spent across the country.