UK tourists to generate an estimated USD 6.3 billion in travel to GCC 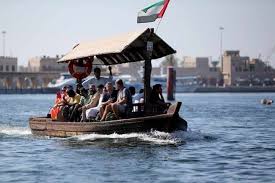 According to a report revealed before the Arabian Travel Market the number of tourists from UK to the GCC will increase 22 % between the period 2018 to 2024. This will be due to the new and direct flight routes, competitive airfares and growth in the number of leisure travellers.

The total tourism spend in the GCC, reached USD 70.2bn last year, with the UK travellers average spend during trips to the region. This was 27% higher than the average spend of any other visitor.

Danielle Curtis, exhibition director for ME at the Arabian Travel Market stated that historically, the UK and the GCC have enjoyed excellent travel and tourism links and this trend is set to continue over the next four years despite the economic uncertainty surrounding Brexit and the bleak pound to dollar exchange rate, in which sterling has declined 18.9% since 19 June 2015.

He went on saying that the UAE is expected to continue to be the preferred GCC destination for British tourists, welcoming a projected 2.23 million visitors by 2023. Saudi Arabia will follow with 251,000 visitors, Oman is expected to receive 165,000, Bahrain 159,000 and Kuwait 5,000.