The US now thinking of rebranding to attract more international visitors 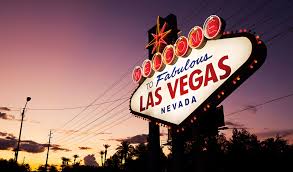 For convincing lawmakers to allow more foreign visitors into the U.S., top tourism officials are thinking of marketing tactics more common in the business world, i.e. a rebrand.

The country’s Visa Waiver Program now allows travelers from 38 countries to visit the U.S. without visas. But tourism officials are of the opinion that security concerns may keep lawmakers from expanding the program to add more countries.

“A lot of folks see the word ‘waiver’ and think of an overzealous third-base coach waving folks into the country,” said Jonathan Grella, executive vice president at the U.S. Travel Association.

For the rebrand, bipartisan support is being sought from lawmakers in Washington, D.C., to rename the program and expand it to include nine new countries, including Poland, Argentina, Israel and Brazil.

“We hope rebranding can give us a fresh start to allow the program to be reconsidered on its merits,” said Grella.

The rebranding plan is part of a bigger tourism-boosting effort among travel and tourism leaders who are of the opinion that the U.S. is gradually losing its position as the most popular destination for international tourists.

A strong U.S. dollar, economic turmoil in Europe, trade tensions in China and harsh anti-immigrant rhetoric by President Trump are all behind a drop compared to the dramatic surge in foreign visitors to the U.S. starting in 2010.

Ernest Wooden, the chief executive of the Los Angeles Tourism and Convention Board, said that his group is focusing on attracting travelers from India and South Korea with the help of online ads featuring Korean actor Daniel Henney and Indian actresses Malaika Arora and Sonam Kapoor.