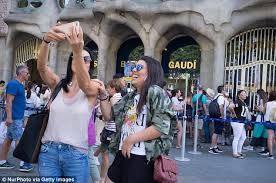 New research from the World Travel & Tourism Council shows there’s more the industry can do to capture share despite the United States tourism sector being the largest in the world.

According to the research report, last year, travel and tourism generated $1.5 trillion for the U.S. economy—more than any other country in the world. Further, U.S. tourism ranks No. 1 in the world for gross-domestic-product contribution and visitor exports. However, the data shows that U.S. tourism grew 2.3 per cent in 2017. That compares to 9.8-per cent growth for China, 7 per cent in Spain, 6.2 per cent for the United Kingdom and 5.5 per cent in Canada.

“WTTC’s Economic Impact Report reveals that global travellers are choosing to visit other or new destinations rather than the U.S., or places closer to home,” Helen Marano, executive vice president for WTTC, told Hotel Management.

She said that while the international tourism market is growing at its fastest pace since 2010, preliminary data suggests that the U.S. welcomed up to 4 percent fewer visitors in 2017 than 2016. Several issues are at play, and Marano said it would be a mistake to pin it on any one reason.

First and foremost, Marano said the message the U.S. needs to send is that it is open for business.

The future of the U.S. as a global leader will be in jeopardy if the current trend of not growing its share of the tourism market holds steady, Marano said.

“This is not the first time U.S. tourism has experienced a slowdown, and it is unlikely to be the last,” she added. “The U.S. has the tools and the talent to reverse this situation, particularly with the strength of collaboration that exists with both the industry and the key government agencies.”

Investment in infrastructure is also key, she noted. Expanding airport and runway capacity is only one aspect needed to meet the forecasted global demand of 1.8 billion visitors over the next decade. The U.S. also needs to focus on receipts or expenditures of international visitors versus the total number of visitors.

“The U.S. already leads in this ranking. More importantly, the dollars deliver the jobs and growth for all segments of the sector,” Marano said.

When asked why it’s so important for the U.S. hotel industry to take note of the recent research, Marano said the economic impact of global travel often reaches further than is realized.