The USA has issued travel advisory, warning of the hazards of the recent bushfires 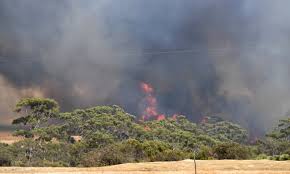 For potential tourists willing to explore Australia, the United States has issued a travel advisory, warning of the hazards of the recent bushfires.

The US State Department has suggested that tourists “consider postponing their trip to affected areas until the danger of natural disaster has passed”.

“Even in areas not directly affected by bushfires, smoke is causing poor air quality,” the State Department said in a statement.

“Smoke can affect people’s health and it is important for everyone to reduce exposure.”
The department has also gone a step ahead and included the websites of state fire services and informed the US visitors to “monitor local news media outlets for updates”.

Also, the US has cautioned its tourists to stay alert of the dangers of pickpockets, purse-snatchers and thieves while roaming in Australia.

“Be careful when visiting bars or clubs in the entertainment areas of major cities, as ‘bar brawls’ and other assaults sometimes occur,” the department warns.

Also, keep a tab on drink spiking when taking alcohol with unknown people.
“Be aware that Australian fauna can be dangerous.”

“From jellyfish to crocodiles, sharks, poisonous insects, and snakes, the continent and its waters host wildlife that merit awe and respect in equal doses.”

The warning of America regarding bushfire to the tourists comes days after a tourism campaign in the UK was delayed.