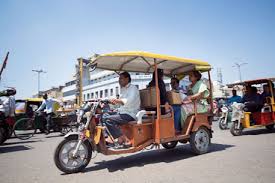 A contract was signed between TTDC and Narkel Kunja Tourism Co-operative Society to take care of the assets developed under tourism.

While inaugurating the event at Ujjayanta Palace, Pranajit Singha Roy, the tourism minister explained that in the past 18 months of the new government, many efforts were taken for the enhancement of the sector and accordingly “we are implementing one scheme after another in the state”.

“As a state, we are still depended on the funds of the central government. If we can develop the tourism sector, employment opportunities would further be generated across the state. The number of tourists visiting the state has also increased following the change in government,” Roy said.

Several steps have been introduced by the government to promote the tourist destinations of Tripura and also made the erstwhile governments responsible for not taking any initiatives to develop the state’s tourism, he said.

“We frequently hear from the tourists that in Tripura the number of accommodation is very less, so we have decided to develop more hotels across the state and in all the tourist destinations in the state. By spending Rs 4.98 crore we have created ‘Narikel Kunja’ at Dumbur with all modern facilities and the work will soon be completed. Narkel Kunja Tourism Co-operative Society will help to operate and to maintain the assets which were created by the TTDC,” the tourism minister added.