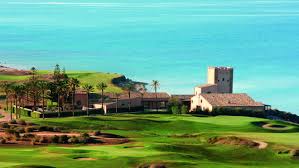 Verdura Resort has further cemented its place among the continent’s elite golfing venues after retaining its position as Italy’s number one in Golf World magazine’s new rankings list of the ‘Top 100 Resorts in Continental Europe’.

Home of the Rocco Forte Sicilian Open, the deluxe resort was rated sixth in the latest benchmark industry poll of Europe’s premier places to play and stay, one of eight Italian resorts to be included in the updated list.

Assessed over five different categories – golf courses, accommodation, practice facilities, accessibility and amenities – Verdura scored a total of 91.6 points of out of 100, with the magazine’s judging panel praising the venue for being “high calibre in every category.”

The Top 100 panel said: “Verdura is a stunning Sicilian resort and, like most of the destinations in the top 10, boasts two high-quality courses. The East is ranked 61st in our Top 100 Courses in Continental Europe while the adjacent West is hammering on the door.

“The East is comprised of two returning nines, while the West enjoys a links-style, straight out and straight back design. Both enjoy spectacular sea views courtesy of Kyle Phillips’ intelligent routing that sends several holes of both out along the cliff edges.

“There’s also a nine-hole par-three course crafted by the same designer. Overall, Verdura is high calibre in every category.”

The award is the latest top international honour to be bestowed on the exclusive resort – a Rocco Forte hotel and European Tour destination – with other accolades including being the recipient of an ‘Editors’ Choice Award for Best International Resorts’ from Golf Digest magazine, the world’s best known golf title, for the last three years.

Antonio Castelo, director of golf at Verdura Resort, said: “The new list features some of the biggest and most celebrated names in European golf, so to be ranked inside the top 10 and retain its place as Italy’s top-rated golf resort is a huge honour, and testament to the high-standard of facilities and service that we continue to offer our golfers.

“Verdura may still be relatively new compared to other resorts but, having hosted a European Tour event the last two years, it is now firmly established among the world’s premier luxury golfing venues and we’re determined to continue building on our success in the coming years.”

Situated on Sicily’s southern coast between Agrigento and the fishing city of Sciacca, an 80-minute drive from Trapani and Palermo airports, Verdura Resort features 203 rooms and suites, all with a sea view, as well as six villas which offer a perfect solution for family holidays, each with its own private swimming pool.

Away from the fairways, the resort features an array of other luxury sports and lifestyle facilities, while guests also have the opportunity to sample, on and off-site, a taste of the gastronomy, wine, history and culture that has made Sicily famous across the world.