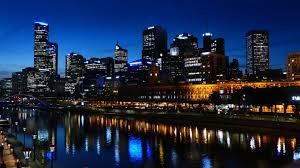 It is according to data released by Tourism Research Australia (TRA) shows Victoria’s tourism industry is employing more people than ever, with jobs growth above the national average. The Minister for Tourism, Sport and Major Events Martin Pakula welcomed the study, which shows 12,900 tourism-related jobs were created over a 12-month period. More than 55,000 jobs in tourism have been created in Victoria since 2013. The new data shows that Victoria’s visitor economy supported 232,700 jobs in 2017/18 – up 5.9 per cent – and accounted for 7.2 per cent of the state’s total employment.

The cafes, restaurants and takeaway food businesses comprised more than a quarter of direct tourism jobs (28 per cent), with retail trade (16 per cent), accommodation (13 per cent) and education/training (11 per cent) the next highest categories.

The TRA report estimated that tourism provided $26.7 billion in Gross State Product in 2017/18 – equivalent to 6.2 per cent of the total Victorian economy and an increase of 6.9 per cent, or $1.7 billion, year on year.

The Andrews Labor Government is backing jobs with a major events calendar that includes theatre blockbusters Harry Potter and the Cursed Child, Come From Away and Moulin Rouge! The Musical, and sports spectaculars led by this month’s Australia vs USA basketball games at Marvel Stadium and December’s Presidents Cup golf.

Since 2016 alone, the Government has delivered more than 100 major events, 590 business events and more than 200 regional events across Victoria.

Victoria’s regional and metropolitan tourism operators are being backed by major promotional campaigns Your Happy Space and A Twist At Every Turn respectively, as well as a pipeline of tourism infrastructure projects to support the growing number of visitors to the state.

Just last month a new visitor centre at the Phillip Island Penguin Parade was officially launched. The centre will cater for thousands of tourists who flock to the Island daily and was made possible by an investment of $48 million by the Labor Government.

The Victorian Budget 2019/20 committed an additional $36 million for tourism, to attract even more international, interstate and intrastate visitors and create local jobs.

The Minister for Tourism, Sport and Major Events Martin Pakula said that tourism is an increasingly important provider of jobs in Victoria and Victoria will continue to back this forward-thinking industry with support for major and regional events and vital infrastructure. From Mildura to Mallacoota, these jobs provide security and the promise of a prosperous future, which is why they want even more of them.