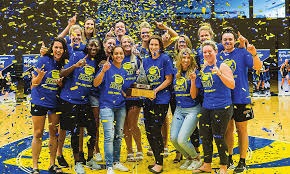 Australia’s best baseball stars will take on the might of Japan when Strathfieldsaye Baseball Ground hosts the 2019 Japan All-Stars v Australia Women’s Bendigo Challenge from 2-6 October.

The series enters its second year and is locked in for Bendigo until 2021 thanks to the Significant Sporting Events Program.

“It’s fantastic that we can attract events like this to Bendigo and other regional centres – it sets Victoria apart and is a key reason that we are the nation’s premier sporting state.” Minister for Tourism, Sport and Major Events Martin Pakula said.

On the back of the Intermediate League Championships in Mildura and establishment of the Australian Baseball League’s newest team Geelong-Korea, the Government secures another home run for regional Victoria.

With Japan All-Stars taking out last year’s series, the world No.6 Emeralds will be out to settle the score in front of an expected crowd of more than 1,000 people. The series will serve as an important step in the Emeralds’ preparations for the 2020 Women’s Baseball World Cup.

The events bring competitors, officials and supporters to regional communities, stimulate the local economy and inspire more people to stay active and healthy through sport.