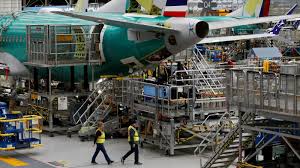 A terrifying video has surfaced which depicts a flight attendant’s head slamming into the ceiling of the aircraft while drinks spilled onto passengers during severe turbulence.

A Sunday flight from Pristina, Kosovo, landed at the EuroAirport near Basel, Switzerland and was met with ambulances to hospitalise passengers who suffered minor injuries as a result of the turbulence.

In the shaky video, which was shot on a mobile phone, the contents of the flight attendant’s cart can be seen flying in the air before some passengers began to pray. Several can be heard screaming.

Air traffic control was “immediately” informed and the plane landed “normally without consequences for the aircraft and crew,” ALK Airlines representative Lora Koleva said in a statement.

According to a news report, the flight attendant had been trying to collect passengers’ drinks before the turbulence began.