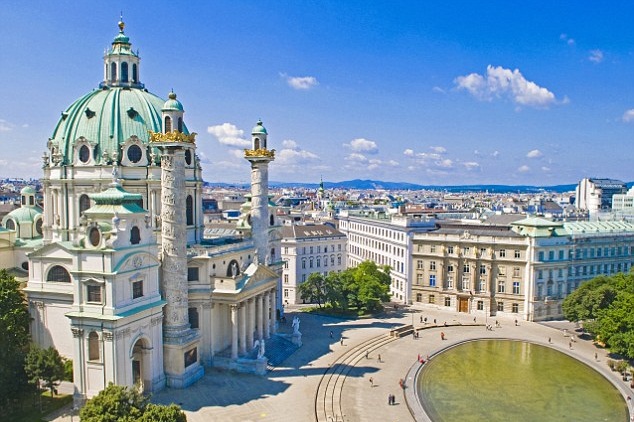 Vienna, the capital of Austria is expecting to witness a 20 to 30% growth in the number of travellers arriving from India, particularly the younger ones.

This region is renowned for its glorious historical heritage and marvelous palaces.

Isabella Rauter who is the public relations manager of Vienna Tourist Board said that this region is quite reputed as a favorable tourist hub since it offers unique experiences of a metropolis without the stress factors that is generally associated with a big city. Vienna hopes to welcome about 20 to 30% more Indian tourists, particularly the younger travellers who are keen to experience the contemporary facades of life in 2017.

She added that Vienna had drawn a record number of Indian globetrotters last year.

She said that Indians are truly some of the best spenders. This is because about 44% of Indian tourists resided in four star hotels, 19% in five star and about 25% in three star properties. In the year 2015, Vienna had lured in about 89,628 Indians.

Young tourists who visit Vienna fall in love with this part of the world, losing themselves in the magic of its music, bungee jumping and imperial history. Rauter said that this year Vienna would end up attracting a large number of Indian honeymooners.

Vienna is a favored destination for Indian travellers.

No wonder it has hosted several Indian weddings including the ones at Belvedere Palace that is one of the palaces of the former royal family of Austria.

Furthermore, Vienna also attracts over 3,500 conventions and corporate events a year. Apart from that, it is also a leading meeting destinations of the world.