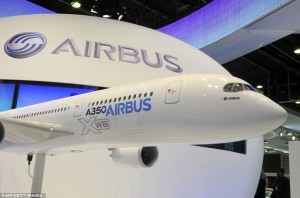 new Nordic raider is about to descend on Europe’s leading airlines in the shape of a little-known carrier that’s the launch customer for Airbus’ latest jetliner.

Primera Air, a specialist in holiday flights from Denmark run by Icelander Hrafn Thorgeirsson, aims to take delivery of the first long-range version of the A321neo narrow-body plane in October and use the extra miles to offer trans-Atlantic flights that are normally the preserve of larger twin-aisle aircraft.

In all three cases the airlines have looked south to find a market. Primera commenced flights from London Stansted to Newark last month and will also operate from Paris and Birmingham, with services to Boston, Toronto and Washington. Norwegian has a major base at London Gatwick and also operates 787s from Barcelona, Paris and Rome, as well as deploying single-aisle 737s at the limits of their range from Britain and Ireland to the eastern US. Wow connects 21 European locations with 15 in the US and Canada via Iceland.

Thorgeirsson said the airlines are being forced to look beyond their Nordic heartlands partly as a result of subdued demand at home, drawing parallels with the economic pressures that stoked the Viking invasions of northwest Europe more than a thousand years ago.

Stansted alone has a catchment area of 26 million people, according to Primera, which has established a headquarters in Riga, Latvia, to minimize costs. That’s about the same as the combined populations of Denmark, Sweden, Norway, Finland and Iceland. Larger airlines are awake to the threat, and have begun operating their own lower-cost inter-continental services.