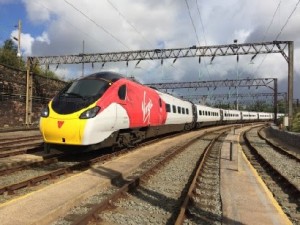 Virgin Trains has been disqualified by the Department of Transport (DfT) from bidding to continue to run on the main line from London Euston to the West Midlands, northwest England and Scotland beyond 2020.

According to DfT they submitted non-complaint bids. The Virgin Trains regarded compliant bids as an unacceptable risk as it involved assuming some liability for staff pensions.

The train operator last week mentioned that it would be releasing an app that promises savings for rail passengers of around £1bn a year. Through a technique in the fares system known as split ticketing much of the saving will be derived from exploiting it.

If the app is successful other rail firms believe that it could undermine assumptions about revenue over the entire rail system.

Virgin Trains has geared for disruption with competition from the next west coast operation and has applied to the rail regulate to launch the UK’s “most advanced and customer-focused train service” between London Euston and Liverpool Lime Street.
It will be an ‘open access’ operation that will be provided on the East Coast by Grand Central and Hull Trains.

There will be hourly services between the Thames and the Mersey, with free wifi, at-seat catering and a guaranteed seat – since everyone will need a seat reservation by the Virgin Trains from May 2021.

It is planned that every ticket would be at least 10 per cent cheaper than equivalent tickets offered by rail competitors, along with automatic compensation for delays and a courtesy pioneered by Virgin Trains.

There will be no overcrowding in normal operations as the normal rules which require rail firms to carry anyone with a flexible ticket would not apply in the Virgin Trains.

Phil Whittingham, Virgin Trains’ managing director, said that these new services will allow them to take the customer experience on the UK’s railways to the next level and show the rest of the industry how it can be done.

Keith Williams as part of his rail review for the DfT the future of franchising is one of many issues being considered.Until the shape of the rail industry is known Virgin Trains can be told that its bid cannot be evaluated.